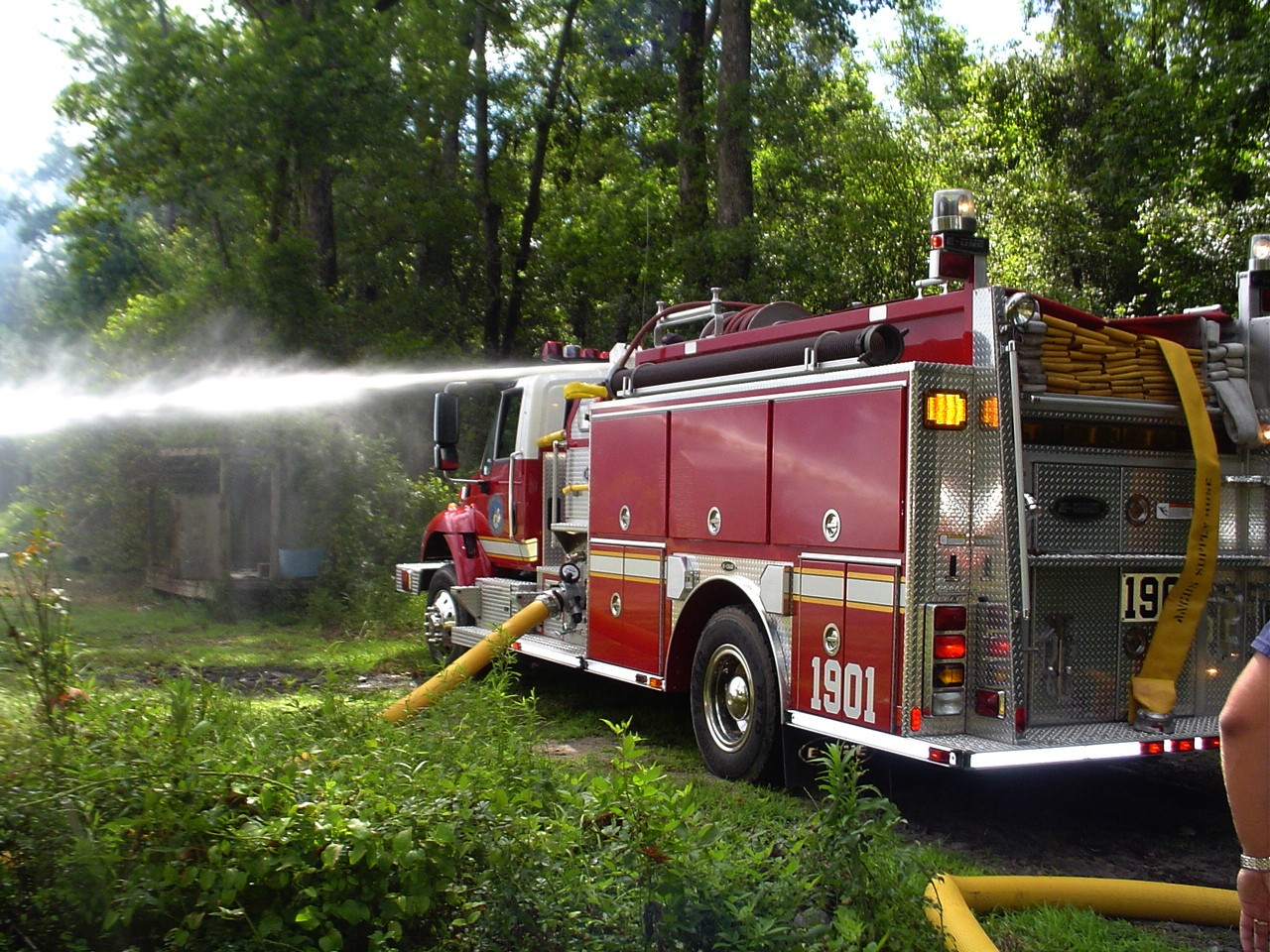 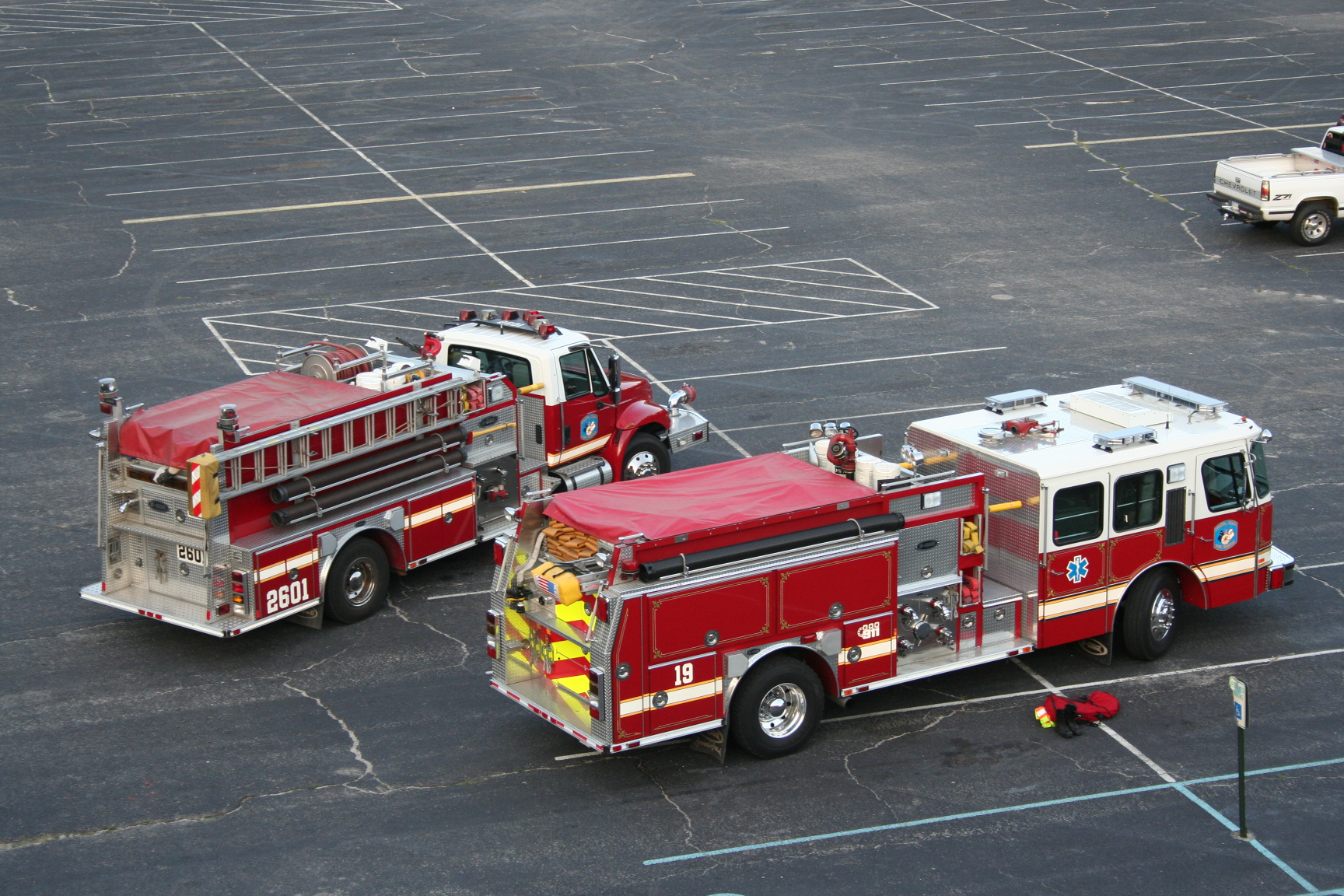 The primary purpose of the tanker is to supply water to the Engine. This is accomplished in two ways. The tanker can pump water to the Engine through large fire hoses directly from its fire pump or a Water Shuttle operation can be performed. For most residential house fires, the pumping method is used. For any sustained operations, where large quantities of water will be needed, the water shuttle method must be performed.

When large volumes of water are needed, a Fire Department Officer may make the decision to set up a Water Shuttle Operation. As the name implies, several tankers shuttle water to a fire scene. It is an actual operation and requires several units and manpower separate from the firefighting effort. In , four tankers are automatically dispatched to every structure fire. This insures enough water is responding to the scene to extinguish the fire. If the Incident Commander determines more than 13,000 gallons is needed, then he/she will instruct units to set up a water shuttle operation. This requires a second Engine to respond to a pre-determined water point, such as a pond or river. This second Engine uses its large suction hoses and drafts (sucks) water out of the pond or river. This works similar to drinking water from a straw. The water is pumped through large fire hoses to fill the Tanker’s large water tank. It takes about 3-1/2 minutes to pump 3000 gallons into the tanker.

The first Tanker to arrive at the fire scene leaves a 2500-gallon portable tank at the fire scene. It then dumps its full load of water into the tank. Tanker 1 then drives to the nearby, pre-determined 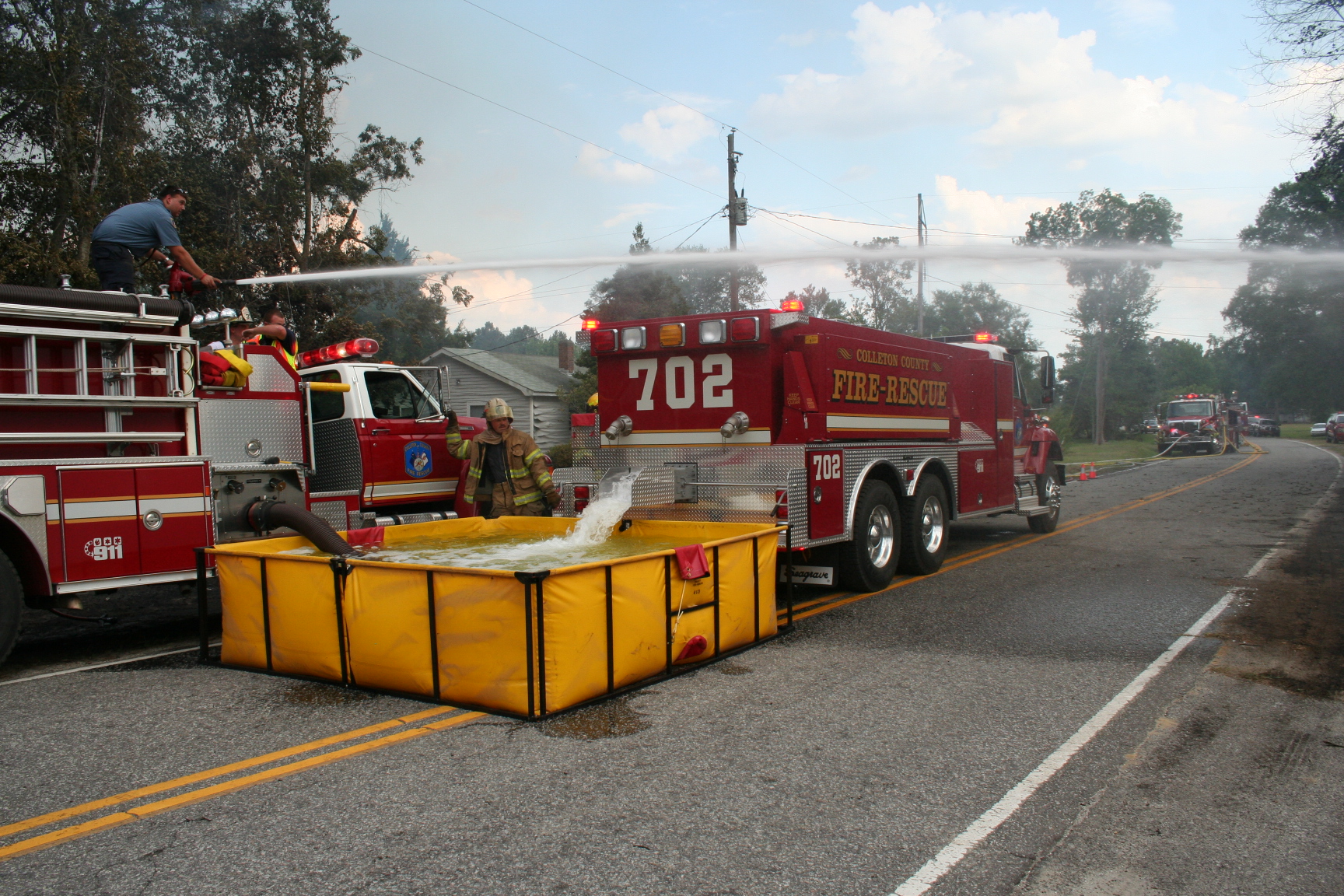 water point, such as a pond, to be refilled by another Engine who has set to draft water from the pond. This water supply engine uses its large suction hoses to draft water from the water source and then pumps the water through smaller hoses (3 inch to 5 inch diameter) to a waiting Tanker. The Engine at the fire scene, drafts the water out of the portable tank for use it in the firefighting effort. As the water level drops, the second tanker arrives and dumps its load of water, then drives to the nearby pond to be refilled. The remaining responding tankers do the same. The system works by having one Tanker at the scene of the fire, one Tanker refilling and two Tankers in transit, working in a continuous cycle or “Shuttle”. The process requires at a minimum seven firefighters to make it work. Two at the fill site to operate the Engine drafting water at the pond/river, one driver in each Tanker and at least one water supply officer at the fire scene to manage the dumping process. The water supply officer’s sole job is to manage the water shuttle operation so the firefighting Engine never runs out of water. If the need arises, additional tankers can be added to the water shuttle operation or an entirely separate water shuttle operation can be run if a large amount of water is needed. This would of course require an additional Engine for another pond/river and four more tankers. presently operates 34 Tankers in it’s fleet.